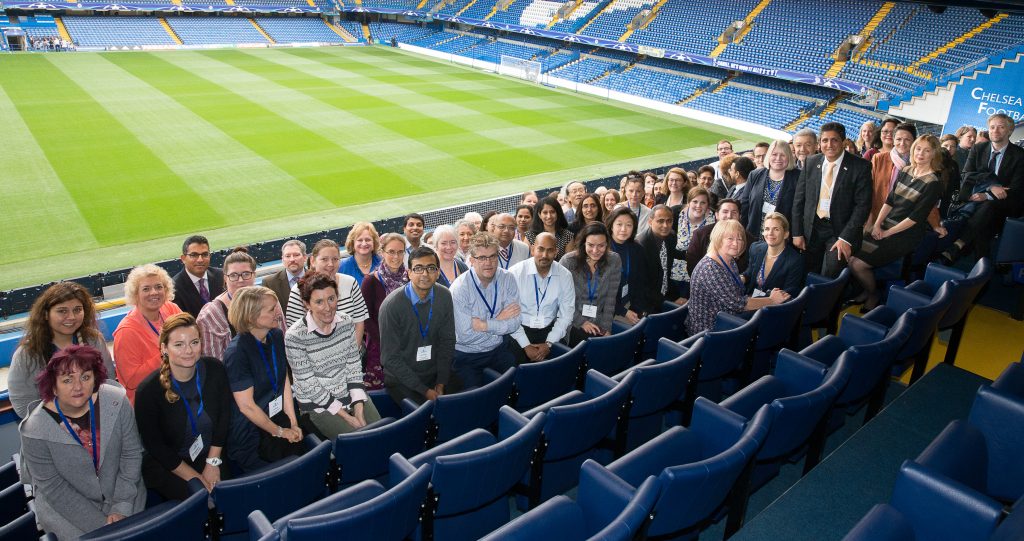 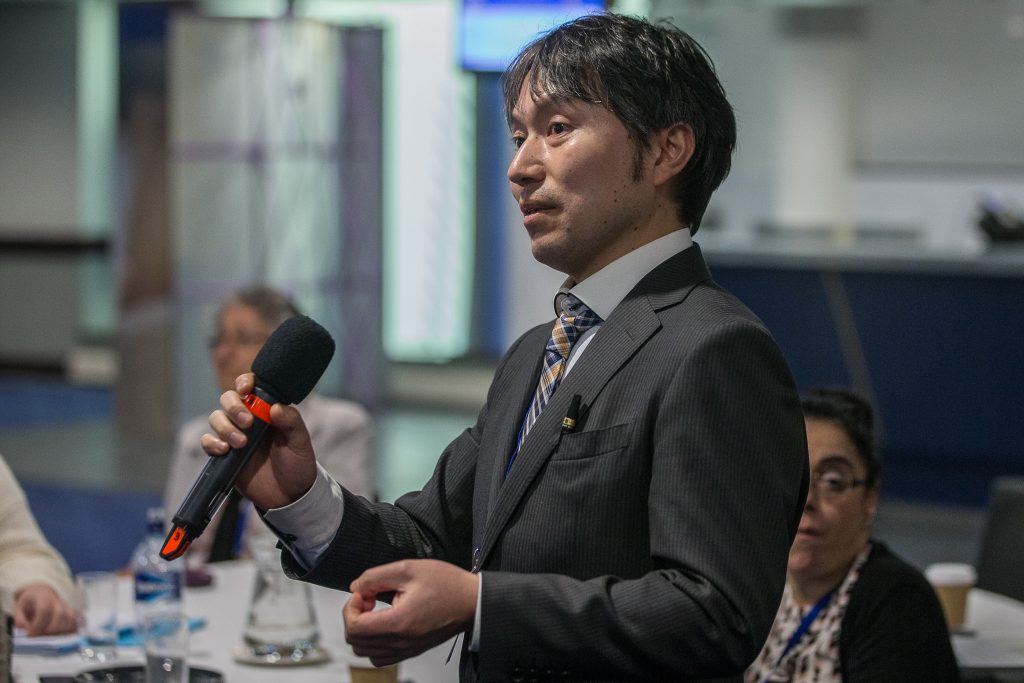 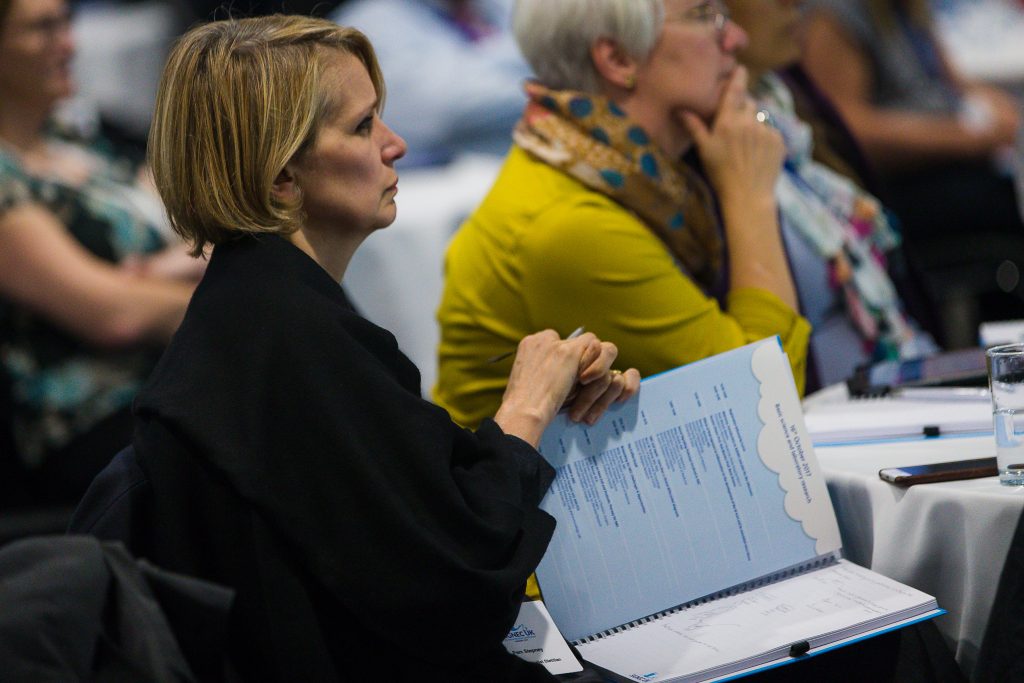 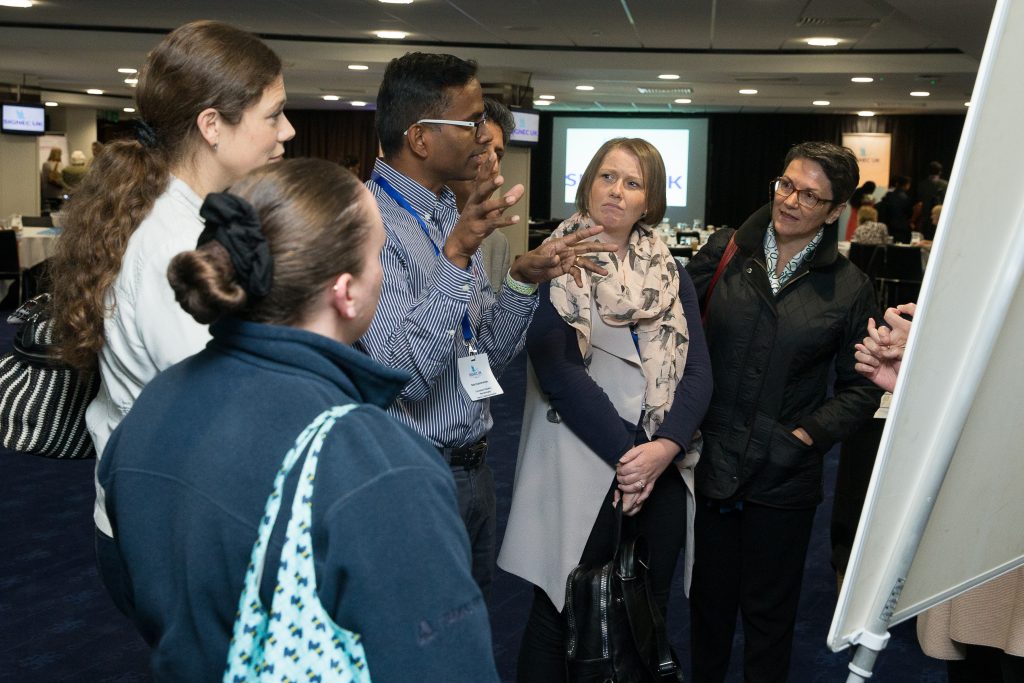 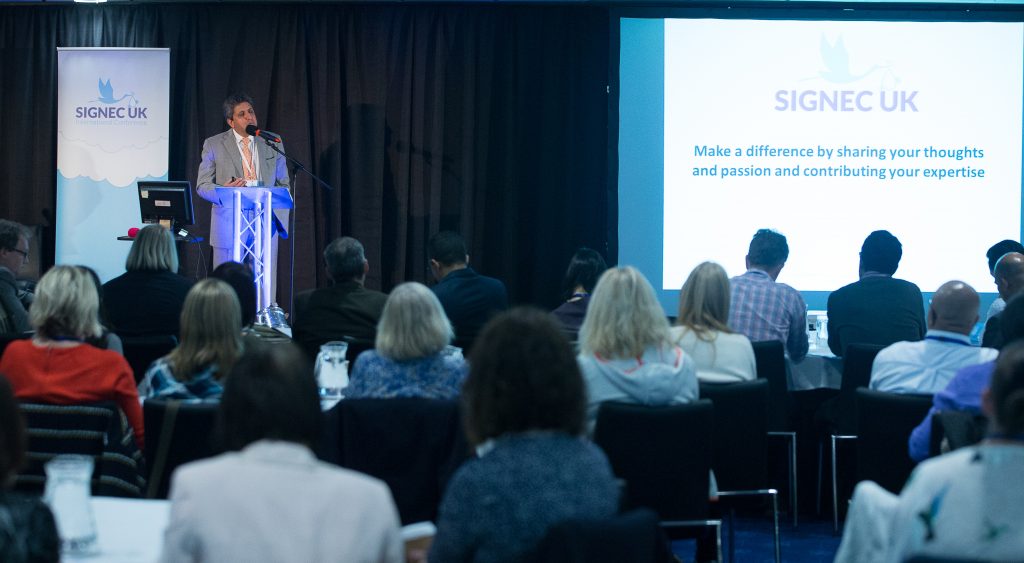 Meeting of the Special Interest Group in Necrotizing Enterocolitis, London 2017

The 5th International Conference was held in London on 16th and 17th October. A wide spectrum of issues related to NEC were discussed including, for the first time at SIGNEC, a focus on genetic aspects. It was a privilege to bring together so many speakers from the USA, Europe and, for the first time, Japan. Delegates were eager to listen to such an eminent Japanese surgeon as the country is known to have the lowest incidence of NEC in the world. A poster session, in which projects in Japan, the US and UK were presented and discussed, was another first. Representatives of NEC advocacy and support organisations also attended the meeting, including Jennifer Canvasser, the founder of the NEC Society in the USA, members of NEC UK, and Simone Rosito, who set up the Instituto PGG in Brazil.

Effects of fetal exposure to inflammation on the development of the GI tract and its associated microbiome. 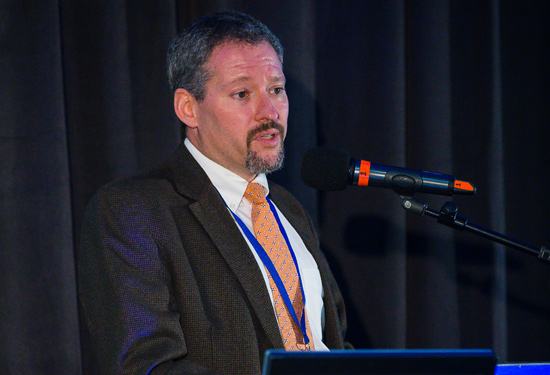 Dr. McElroy has had a long interest in understanding the injury and repair mechanisms of the developing small intestine and specifically how this relates to neonatal necrotizing enterocolitis. Development of maternal chorioamnionitis has been associated with later development of neonatal necrotizing enterocolitis in her offspring. However, the mechanisms behind this association are not known. Using a standard mouse model of chorioamnionitis, our lab is attempting to understand the effects of maternal inflammation on the development of the intestine of her offspring. Our data shows that exposure to maternal inflammation during pregnancy induces significant injury to the placenta, and induces significant changes in the overall growth of the offspring, as well as significantly altering the normal development of intestinal innate immunity and the baseline inflammation. These changes occur in pathways critical to the development of NEC and may help to explain why infants exposed to chorioamnionitis are at higher risk to develop NEC.

Dr McElroy’s presentation is not available for public dissemination, but his presentation to SIGNEC 2016 can be found in the Development section.

Biobanking for NEC: Challenges and opportunities. 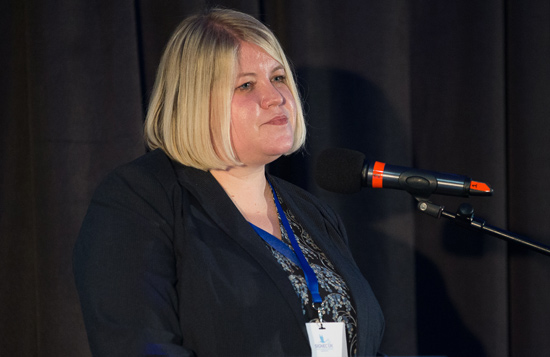 In the first of two presentations, Dr. Misty Good presented the findings of her laboratory titled, “Novel Signaling Pathways involved in NEC”. The overarching focus of her research program at Washington University School of Medicine in St. Louis is on the cellular and molecular mechanisms involved in the pathogenesis of NEC. Her laboratory seeks to further characterize the mucosal immune responses in NEC and interrogate how these responses can be modified or prevented through dietary modifications or targeted intestinal epithelial therapies. In Dr. Good’s pre-clinical studies, her laboratory utilizes a humanized neonatal mouse model of NEC to understand the signaling pathways and immune cell responses involved in how NEC develops. She also reviewed several key research techniques performed in her laboratory including human and mouse intestinal epithelial and stem cell culture as well as the development of gut-on-a-chip microfluidic device technology for a personalized medicine approach. Dr. Good and her team have recently filed a patent on a novel therapeutic for NEC and she is working with the FDA on a future clinical trial.

Biobanking for Necrotizing Enterocolitis: Challenges and Opportunities: Dr. Good, in collaboration with the NEC Society is developing an international Biorepository for NEC and in her talk presented the challenges and opportunities of this new effort. This effort began with the NEC Society initiating a research collaborative with a group of investigators dedicated to advancing the state of NEC-associated knowledge. Recent advances in high-content molecular interrogation and bio-computation (e.g. genomics, transcriptomics, proteomics, metabolomics) can provide new insights from afflicted infants with NEC, however, individual centers are limited on the number of cases. Dr. Good discussed how the NEC Society Biorepository has emerged to advance collaboration among institutions through the shared use of biologic samples in the dedicated pursuit of molecular indicators of disease and to gain greater pathophysiologic insights through research. She reviewed how streamlining the infrastructure and standard operating procedures across several centers can ensure specimens are processed consistently, appropriate clinical data is collected, and facilitate the potential for new discoveries. The NEC Society Biorepository will provide a comprehensive framework for sharing biological samples and clinical data through a robust and secure system that supports the investigation of research studies on NEC.

Biobanking for NEC: Challenges and opportunities

Presentations given by Dr Good at SIGNEC 2016 can be found in the Development and Prevention & Nutrition sections.

NEC and sepsis: more than a differential diagnosis. 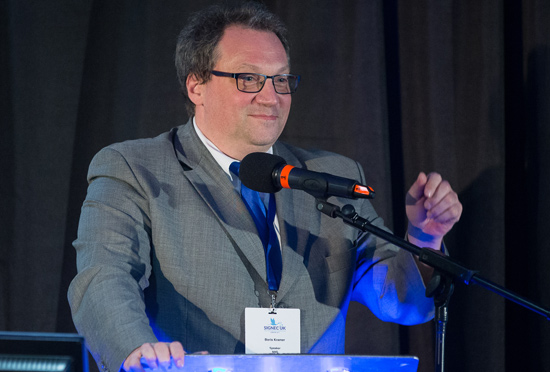 Preterm delivery is frequently associated with microbial invasion by bacteria and/or viruses of the amniotic cavity (chorioamnionitis). In contrast to a relatively asymptomatic mother, the fetus might suffer from a fetal inflammatory response including umbilical inflammation and increased serum levels of inflammatory cytokines. Antenatal exposure to inflammation places the extremely immature neonates therefore at high risk for adverse gastrointestinal outcomes such as NEC.

NEC and sepsis: more than a differential diagnosis

A presentation by Professor Kramer at SIGNEC 2016 can also be found in the Development section.

Update on stem cell and probiotic therapy for NEC. 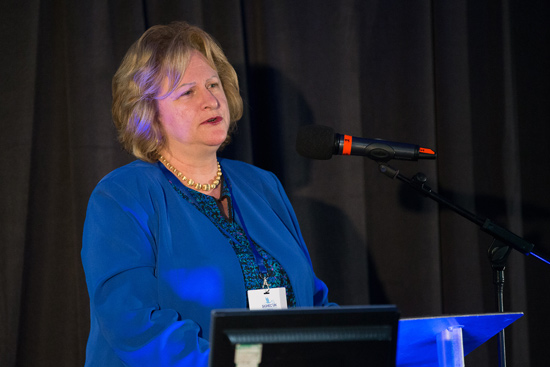 Professor Gail Besner provided an update on two potential novel therapeutic strategies for the prevention of NEC. The first topic covered stem cell therapy for NEC. Studies from the lab recently demonstrated that four different types of stem cells (amniotic fluid-derived mesenchymal stem cells, amniotic fluid-derived neural stem cells, bone marrow-derived mesenchymal stem cells, and enteric neural stem cells) equivalently protect the intestines from NEC. Furthermore, exosomes (nanoparticles ~100 nm in size) purified from these four types of stem cells, also equivalently protect the intestines from NEC. These exosomes may therefore represent a non-cell-based therapy for NEC in the future. Next, Besner provided follow-up on a novel delivery strategy that improves the ability of probiotics to protect the intestines from NEC. This delivery system involves briefly incubating the probiotic Lactobacullus reuteri with microspheres that stimulate the probiotic to produce a protective biofilm. This preparation significantly reduces the incidence of NEC after just one single dose. All of the components of this delivery system are Generally Recognized as Safe (GRAS) by the FDA, making this an exciting potential therapy for NEC that can be translated to the bedside in the near future. Discussions with the Food and Drug Administration for permission to administer this treatment in babies will begin in 2018.

Please note: Professor Besner’s presentation has been split into two parts to help with file loading.

Presentations given by Professor Besner at SIGNEC 2016 can be found in the Prevention & Nutrition and Treatment sections.

Programmes and reports from previous conferences